For 10 seasons, The CW delivered one of its most popular comic book shows ever with Smallville. The show earned numerous accolades, including three Emmys. During its run. Smallville also included several familiar faces in the DC Universe. As it turns out, a Justice League show was nearly born on the Smallville set.

And Justice For All

In season six, the episode “Justice” introduced the Justice League to Smallville. Before the episode, the show noticeably placed members into the town. In season four, Impulse (or Kid Flash) arrived as a thief. Season five delivered Cyborg and Aquaman. The sixth season introduced Green Arrow in the world. After Green Arrow’s arrival, the team united to take down Lex Luthor and save The Flash. News of the Justice League’s appearance helped make this one of Smallville‘s biggest episodes ever.

Writer/producer Steven DeKnight revealed season six’s finale could’ve been the jumping point for the spinoff. “The idea with that was that Green Arrow was going to appear towards the end and help Clark with his final battle, provide him with an important piece of information. As it was in the season, we actually find out that Green Arrow and his crew of superheroes have been attacking the 33.1 installations,” he told Krypton Site. “In ‘Prototype’ they provide information on how to penetrate the prototype’s forcefield. But originally he was going to come back and help out, and that was going to springboard the spin-off that, ultimately, just never happened.”

The show’s premise was similar to another popular superhero team. “The idea was that Oliver Queen was basically giving refuge to young people with superpowers, kind of in a Professor X kind of way, putting together this team and also trying to help out these people, like he says in ‘Justice’ about how he helped out Victor Stone and Bart and Arthur Curry,” DeKnight also told the publication.

For the show’s main villain, Brainiac was the choice for this spinoff. There were plans for introducing the character in a different form. “We talked about bringing him back as a woman,” DeKnight told Krypton Site. Brainiac was portrayed by James Marsters in Smallville.

That’s Gonna Be A No

While the show had promise, the network decided to not run with the series. This was the second Smallville spinoff show to get nixed behind Aquaman. This was also the second attempt at a Justice League show. In 1997, CBS unveiled the TV film Justice League of America for a potential series. 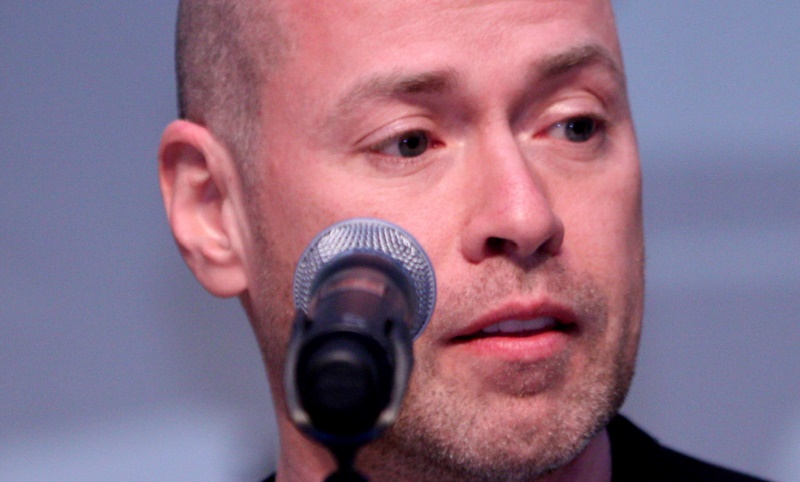 “I was supposed to co-create it and run it, so I’m doubly sad. We were all really excited about it, you know, me and the other actors. We all got along great. We really wanted to make this show, and we thought it would be really, really cool,” DeKnight also told Krypton Site. Following Smallville, DeKnight found success as the showrunner for season one of Marvel’s Daredevil.

The Arrowverse Is Here

While the Justice League show was nixed, The CW was able to get something similar with The Arrowverse. Led by hit show Arrow, this universe has included The Flash, Supergirl, Legends of Tomorrow, and Batwoman. With its yearly crossover events, the Arrowverse has been a success for the network.

While the Justice League got the box office treatment in 2017, fans have wanted some form on the Arrowverse. Fans were excited when the team was mentioned in a recent episode of Arrow. Rumors have been running about a potential Justice League team heading to the Arrowverse soon. With new Arrowverse shows being announced, it won’t be long until we see the popular team rise again on The CW.